Government don’t have to just be receivers of RegTech, they can be co-creators

RegTechs and government regulators come together with the shared goal of accelerating RegTech adoption. 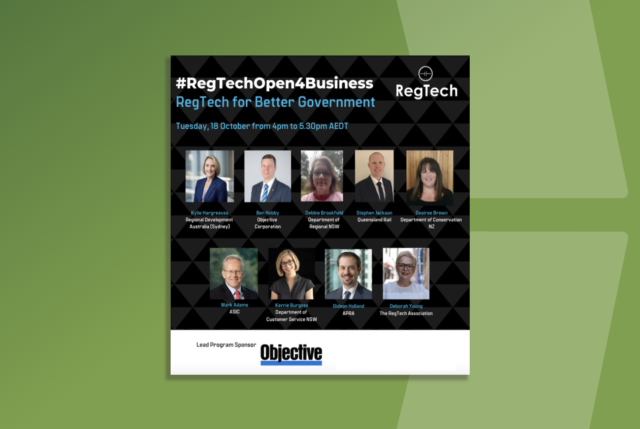 Government don’t have to just be receivers of RegTech, they can be co-creators

RegTech vendors and government regulators come together to share case studies and advice with the shared goal of accelerating RegTech adoption.

The RegTech Association’s recent RegTech For Better Government webinar brought together both RegTech vendors and government regulators into one forum. It opened the lines of communication in the hopes of advancing technology adoption in the Australian and New Zealand regulatory space.

I was MC for the webinar and also provided an update on the RegTech ecosystem in ANZ. Objective recently launched a first-of-its-kind government RegTech survey to find out exactly how regulators are using technology. What are the barriers? What are the benefits? How mature is it? The insights were fascinating.

I touched on 4 of the 12 key findings revealed in the Government Regulatory Technology Report 2022 which was produced in collaboration with Simon Corden, Public Policy Consultant. And the common theme that arose in our data analysis was that most, but not all, regulators’ use of technology is just scratching the surface. Interest in areas like transforming permitting and licensing, AI, and data sharing is high, but adoption is low.

It’s loud and clear that the market opportunity for RegTech remains largely untapped – particularly in government.

Generally, it would be fair to say that most, but clearly not all, regulators’ use of technology is just scratching the surface.

I’m grateful for Queensland Rail sharing their experience implementing RegTech. They needed a solution for managing the detection and reporting of graffiti and other security incidents on their rail network and sought a system that could be used by their entire network of rail staff that was also highly flexible and configurable.

After implementing Objective RegWorks and recently upgrading to the cloud, they’ve been able to:

Stephen Jackson, A/Manager Security Intelligence at Queensland Rail had some sage advice to pass on to his peers embarking on their own RegTech journey:

Looking to the future

Time and time again, the idea that RegTech vendors and government need to collaborate to deliver solutions that help our community surfaced. We extend a big thank you toThe RegTech Association for organising such forums that encourage government regulators to be co-creators of RegTech.

Watch the webinar on demand.

Government don’t need to be receivers of RegTech, instead they can actually be co-creators and leaders in the space and industry if they choose to be so. 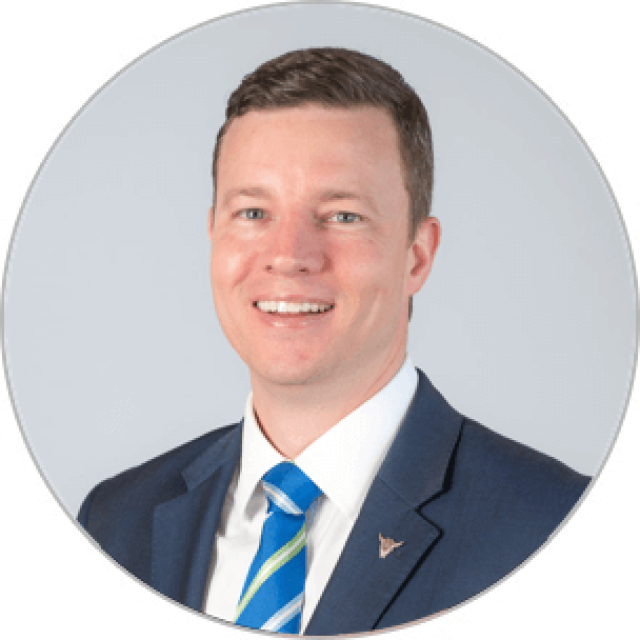